When you are facing serious problems in the justice system, you want an award-winning lawyer who has the experience to fight for you. Chicago  and Northbrook criminal defense attorney Lori G. Levin has such experience. Recognized by her peers as a Leading Lawyer and Super Lawyer in the area of Criminal Defense, Lori G. Levin will provide aggressive representation for your legal issue.

University of Illinois, Bachelor of Science in Journalism, 1977

Attorney and Counselor, State of Illinois, 1980

United States District Court for the Northern District of Illinois, 1980

Bar, Board, and Community Positions 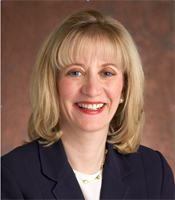